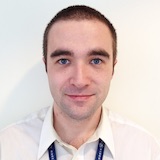 I’m an MS/PhD student in the Social Machines group at the MIT Media Lab, advised by Deb Roy. I’m interested in the theory and practice of machine learning, and in applying it to socially meaningful questions. Specifically, my research interests focus on a) media ecosystems, social and broadcast, and how they work, b) natural language processing (NLP), especially for understanding these ecosystems, and c) methods for causal inference in complicated, endogenous settings like social networks and media ecosystems.

Before coming to MIT, I spent six years working in data science roles for Democratic political groups, including the DNC, the 2012 Obama campaign and the 2016 Clinton campaign. I worked on a broad range of activities: predictive modeling of donor and voter behavior, randomized experiments, surveys and polling, and data infra engineering. Over the years, I worked on enough RCTs (more than 50 and less than 100) to have lost count.

I grew up in Northern Virginia and have moved around a lot over the years. Before coming to Boston, I lived in DC, New York and Chicago, as well as briefly in Columbus, OH, and Münster. I did my B.S. at the College of William and Mary, with a double major in Mathematics and International Relations.